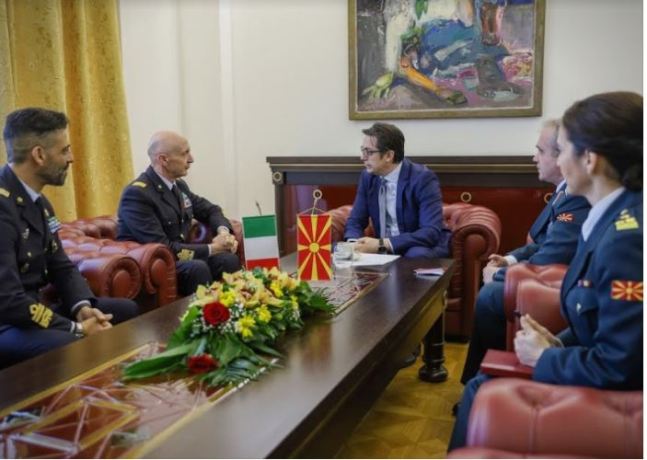 President Stevo Pendarovski met Tuesday with a delegation of the Italian Armed
Forces led by Chief of Staff, General Enzo Vecciarelli, saying that bilateral
cooperation is expected to intensify with North Macedonia’s full-fledged NATO
membership.
Pendarovski said it is important to continue with the education and training of Army
members in Italian institutions, the President’s Office said in a press release.
President Pendarovski also expressed belief that army cooperation would be as
equally successful as the countries’ cooperation in the fields of politics and economy.