Home Macedonia Milososki hands over the “bombs” to Ruskovska as evidence in the “Racket”... 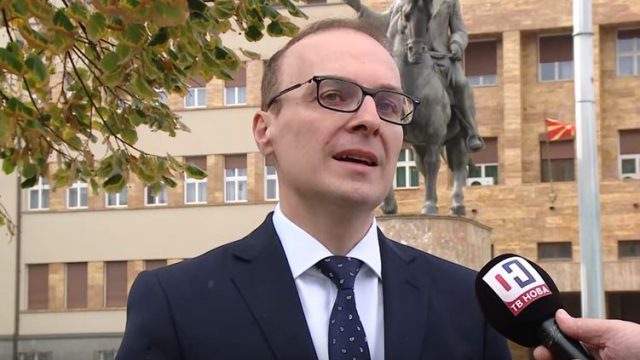 VMRO-DPMNE MP Antonio Milososki handed over the audio recording and transcript of material he received from a “whistleblower” to prosecutor Wilma Ruskovska this morning.

It is proof that the Prime Minister Zoran Zaev knew about the source of funding of the 1TV television, whose informal owner was Bojan Jovanovski-Boki 13, the main suspect in the “Racket” case.

– The prosecutor was a professional, she made a note of the material handed over and said she would include it in the investigation into the “International Alliance”. These records that I submitted to the Prosecutor’s Office show that Zoran Zaev knew about the funding of this NGO and 1TV. I, as a lawyer, say that it would be best for the Prosecutor’s Office to summon Zaev to give a statement regarding the suspicions. This is all I have for now, and if I get material in the future, then I would do it again as I did now. And in order to avoid assumptions, it would be good if Zoran Zaev came out and reveal whether he knew or did not know how the International Alliance and 1TV were funded ”- stated Milososki.