Home Macedonia Ahmeti in the “Monster” case trial: We feared the situation would escalate... 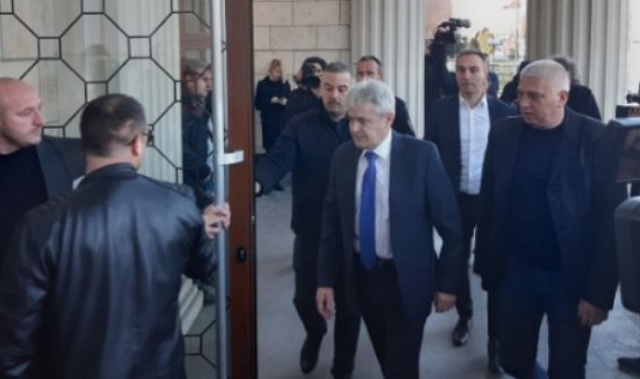 DUI leader Ali Ahmeti testified Friday in the ‘Monster’ case trial, involving multiple murders at the Smilkovci Lake in 2012. He said that he found out about the incident the following day and met with multiple colleagues and representatives of the international community to discuss the event and prevent the situation from being taken advantage of.

Ahmeti feared the incident might lead to clashes and other unpleasant events.

“We were really upset and wanted to find out the truth. We all fearedthat the situation would escalate and culminate in a conflict,” he said.

The DUI leader added that he and his party made efforts to solve the case, by asking U.S. and EU representatives for support and requesting the international community monitor the trial.

In a media statement after the hearing, Ahmeti said that DUI requested a retrial in the case so the international community could monitor the trial

“We expect from authorities to solve the case. Only that will bring peace to the victims’ families. We’ve talked to political stakeholders who have a responsibility to manage the situation and concluded that a more transparent retrial was necessary, because if a tragedy such as this goes unsolved, it could have serious repercussions. Someone is trying to maliciously use the situation to accomplish political goals and pit the two sides against each other,” Ahmeti said.

He added that as a political party, DUI has paid a steep price, because everyone accused them of being involved in the incident, so now no one wants the case to be solved more than them.