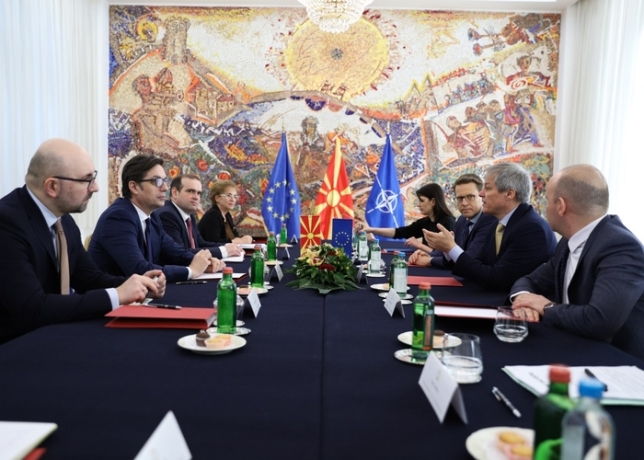 President Stevo Pendarovski at a meeting with MEPs Dacian Cioloş, who is also president of the Renew Europe parliamentary group, and Ilhan Kyuchyuk, North Macedonia rapporteur and member of the group, said the country expected the European Union in March to adopt the new enlargement methodology, which would enable North Macedonia to start negotiations for EU membership during Croatia’s presidency.

Talks focused on sharing views about the country’s ambition to join the EU and current developments ahead of the early parliamentary elections, the President’s office said.

“Pendarovski stressed the importance of having principled European Parliament support for the EU enlargement process to include Western Balkan countries and the issue to be maintained on the agenda,” read the press release.