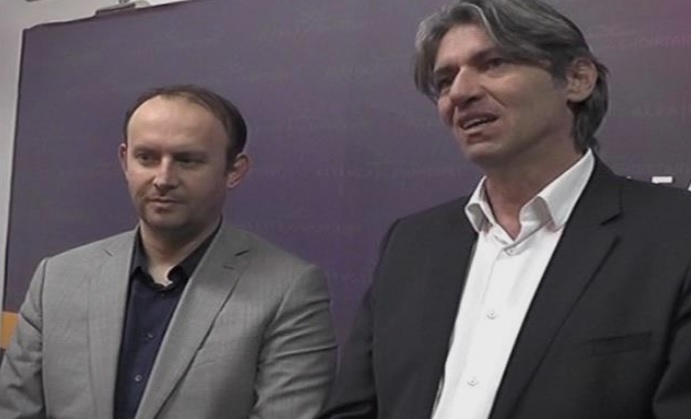 The political leaders for the Alliance for Albanians and Alternativa, Zijadin Sela and
Afrim Gashi, officially signed the coalition agreement on early parliamentary
elections scheduled for April 12. The leaders of the two parties have said the slogan
of their coalition will be &quot;One State for All&quot;.
The leader of the Alliance for Albanians, in his speech, said this was a moment of
emotion, because there were constantly &quot;forces that work uninterruptedly against
their coalition&quot;.
– I have no doubt that this moment of unification for us as an Alliance for the
Albanians and for the Alternative, is a very important moment. With this move, we
are making a step forward in strengthening and enhancing the Albanian voice. This
is the goal of our coalition, which will move forward confidently to bring about change
on April 12, the long-awaited change in Albanian society here in North Macedonia.
When I speak of change I mean the return of democracy that is missing within
Albanian society,&quot; Sela said.
A similar statement was made by Alternativa’s leader Afrim Gashi, who said that the

merger of the two Albanian political entities was not aimed at retaliation, or at all, for
hate speech against Albanians or other communities.