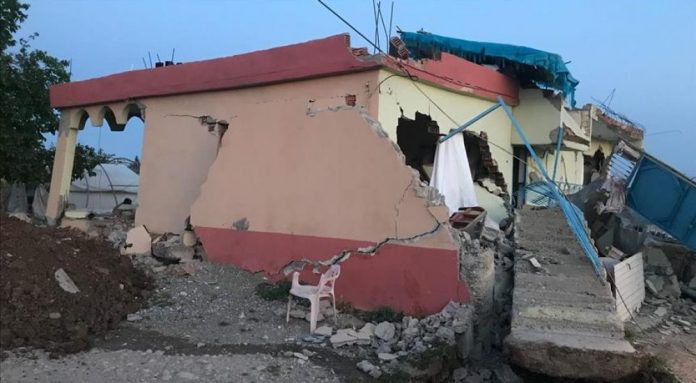 At least eight people were killed and 21 people were injured in Turkey‘s eastern city of Van after an earthquake struck in the Iran-Turkey border area, Turkish Health Minister Fahrettin Koca said in Ankara.

Rescue efforts continued in four villages in Van’s Baskale district, 180 kilometers from the border with Iran, Soylu told journalists in the eastern city of Elazig, according to state news agency Anadolu.

The European Mediterranean Seismological Centre said the quake had a magnitude of 5.7 and a depth of 5 kilometres.

State broadcaster TRT showed footage of destroyed buildings in the Ozpinar village, where rescue teams continued to search for victims with sniffer dogs. No people are believed to be under the rubble, Van Governor Mehmet Emin Bilmez said in televised remarks in Ozpinar village.

The Turkish Red Crescent said it dispatched aid, including blankets and food, to Baskale.

Turkey sits on the major North Anatolian fault line. A 6.8-magnitude earthquake that struck near the city of Elazig last month killed 41 people. More than 1,600 people were injured and several buildings were destroyed.