Home Macedonia Xhaferi for Serbian “Politika”: We have proven that Albanian in important position... 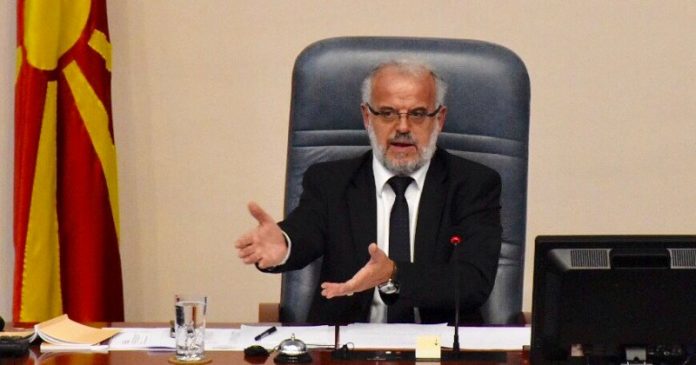 Speaking about the fact that his party DUI got the post of Parliament Speaker, Talat Xhaferi assessed that he was aware that there was skepticism and fear among the citizens, but that he had proved that the Albanian in a high position was not a bugaboo.

“During my term I was never guided by the political interests of my party. I was the president of all the people’s representatives and communicated directly with each of them, in front of or behind the camera. Given the context in which I was elected to this position, after a very difficult crisis and bipolarization of our country, and coming from an Albanian political party, it may have been easier for me to work with everyone directly,” Xhaferi said in an interview with Belgrade-based Politika“.

According to him, the result is that the level of constructive dialogue and culture of debate has risen to a high level – everyone, both the government and the opposition, has participated constructively in the work of Parliament, as recorded in the European Commission’s progress report on the country. He assessed that it had a positive effect on the relaxation of the relations between the two largest ethnic communities in the country.

Asked by Politika whether after the parliamentary elections, an Albanian must hold a top position in the Assembly or in the executive branch, Xhaferi responded that “the past three and a half years have been proof that this is illogical” and that it is “a reasonable solution that speaks of the democratic maturity of the country and of democratic institutions, bearing in mind the composition of our society and the aim of all citizens to be equal before the constitution and laws.”