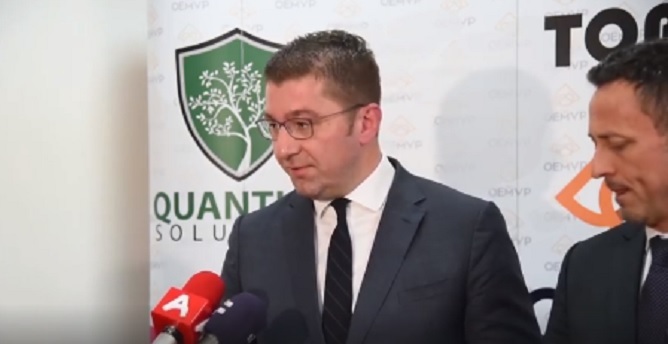 Very soon the public will know the coalition which VMRO-DPMNE will form in the run
up to the elections, party leader Hristijan Mickoski said on Tuesday.
Following his meeting with the Turkish – Macedonian chamber of commerce,
Mickoski called on the public to join him at the large rally on Tuesday afternoon in
Skopje, held in protest against Zoran Zaev’s stranglehold on the judiciary.
– We are negotiating with many political parties. But what matters most to us is that
on April 12, undoubtedly and unequivocally, the biggest historic winning coalition
since the independence of Macedonia will take place, which is the victory of the

&quot;Renewal of Macedonia&quot; coalition. Post-election, then, we can negotiate and talk
with all political parties, said Mickoski.