Home Macedonia DUI does not exclude the possibility of a post-election coalition with SDSM... 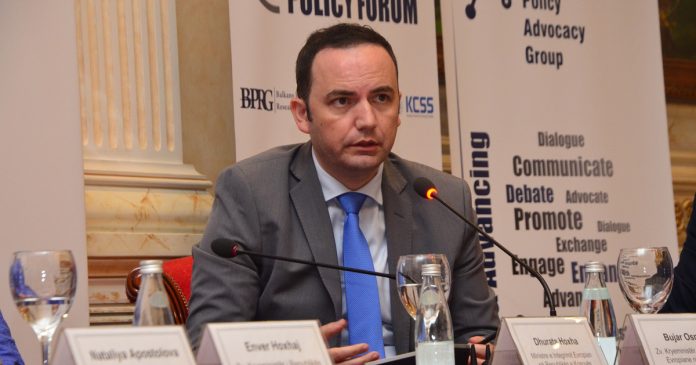 DUI is not afraid that the SDSM-BESA coalition will reduce their number of MPs, party spokesperson Bujar Osmani said at today’s press conference.

However, he did not rule out the possibility of a post-election coalition with these two parties, and stressed that the DUI is currently focused on campaigning and winning votes, while political calculations will be made after the results are announced.

“Now we are focused on presenting to the citizens what we offer, not coalitions. We are the party that has achieved the most from its program. We expect the greatest victory yet,” said Osmani.