Home Macedonia Stoilkovski: Filipce’s family and Filipov own 13,500 square meters of land on... 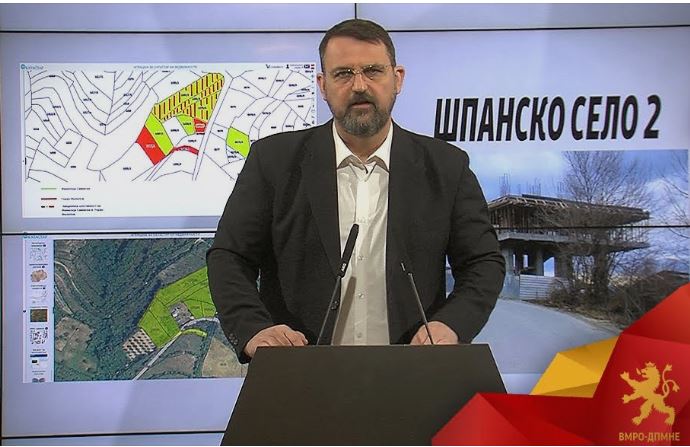 New illegal buildings of SDSM oligarchs. This new affair could be called the “Spanish Village 2”, directed by Health Minister Venko Filipce and his closest relatives. His wife Maja, his mother-in-law Katerina Savevska, her husband and son Jordan and Aleksandar Savevski, along with family friend Goran Filipov are owners of plots for construction of Vodno with a total area of ​​13.5 thousand square meters, said VMRO-DPMNE spokesperson Naum Stoilkovski.

“In this area is the property of his mother-in-law and Goran Filipov, owner of Synergy, the firm that has so far won about 7 million euros in tenders from the Ministry of Health.

And on the board of the facility being built, by investors Katerina and Goran, it says that a family house is being built that needs an A1 code. The ties between Filipov and Filipce are obvious, family-owned joint ventures and properties with the minister approving 7m euros in tenders. It is an obvious conflict of interest,” Stoilkovski said.