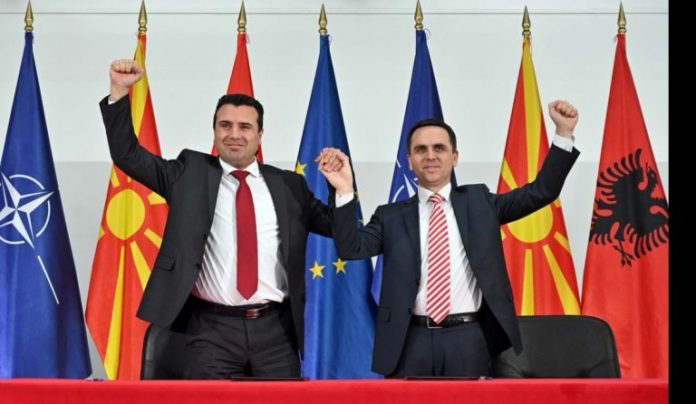 Some analysts have named the SDSM-Besa coalition a desperate coalition, which
should bring to SDSM the Albanian votes that Zaev loses because of unfulfilled
promises and which he did not win in the first round of presidential elections.
According to party sources, this is why Zaev was more than generous to Besa, so it
is rumored that he even offered 5 reliable MPs. Namely, the agreement was two
winning MPs in the 6th constituency, and one MP each in the first, second and fifth
constituencies. In other words, Zaev will create a whole parliamentary group of 5
MPs for Besa, at a time when Besa is barely worth one MP in the 6th constituency.

It sparked outrage in the SDSM coalition, but also among the ruling party&#39;s municipal
organizations. There was particular dissatisfaction with the 1st and 5th
constituencies, where SDSM municipal organizations in Kisela Voda, Sopiste,
Makedonski Brod and Bitola were to run for Besa MPs. The situation was even
tenser in the second unit, especially in Gjorce Petrov and Gazi Baba, who also had
to bring in a new MP from the new SDSM-Besa coalition. That was too much for the
Social Democrats that were supposed to go on field because Besa barely weighed
15,000 votes, and SDSM should have created Besa&#39;s caucus.