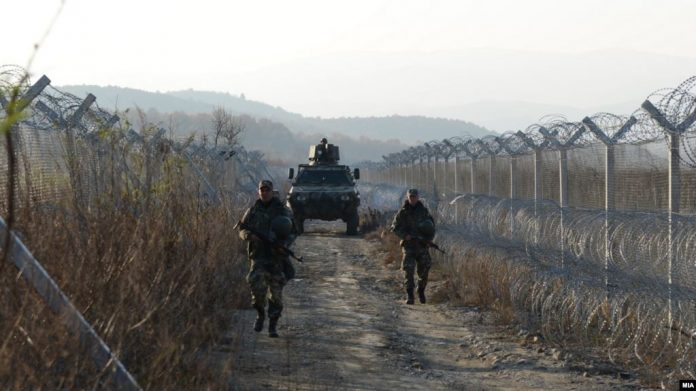 Minister of Interior Nake Culev said Saturday the southern border would be fully closed for the purpose of preventing a new migrant wave.

“We are in constant communication with both Frontex and our EU partners. Macedonia will definitely close its border and we possess the capacities considering the previous migrant crisis, meaning that we are much better prepared. There are also police officers from partner-countries at the southern border, namely 131 police officers from 8 countries, as well as the proper equipment. We will close the border in order to prevent a fresh migrant wave on the territory of our country and further on to the EU,” Culev told reporters in Tetovo.

According to him, situation on the southern border is stable for the time being.

“There are no major violations. We are closely monitoring developments at the Greek-Turkish border. The number of police and army forces at the southern border has been increased, the border fence has been enhanced and we are making access roads,” added Culev.