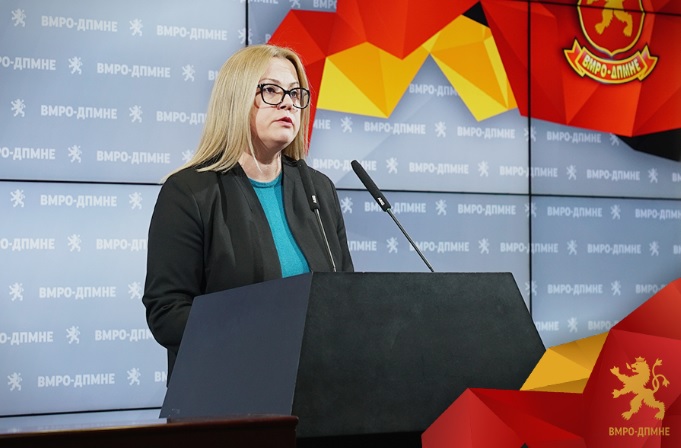 The incompetence of Venko Filipce and the government is being paid with the health
of the citizens. The late reaction of the competent institutions resulted in a large
number of people being isolated, including doctors, Dafina Stojanoska, a member of
the VMRO-DPMNE EC, said at Tuesday’s press conference.
-The measures that Filipce brags about at press conferences on daily basis proved
to be farce and half implemented. First of all, there is no proper control of border
crossings at the two airports for the coronavirus. If there were, then there would be
no virus spreading daily from people who came from countries most affected by the
outbreak. Second, it is inadmissible that the Director of the Dermatology Clinic
behaved irresponsibly. After discovering the existence of the virus, according to our
knowledge, an attempt was made to silence the truth and pressure not to be
disclosed to the public, which is truly scandalous, she said.