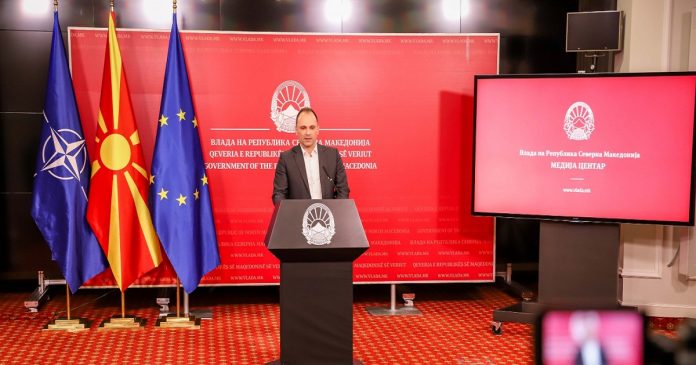 The government is introducing additional, stricter measures to prevent the spread of
coronavirus. Health Minister Venko Filipce announced at a news conference
Thursday the additional measures being introduced on a proposal by the
Commission on Infectious Diseases. They include a ban on all public and private
gatherings regardless of the size and number of participants – concerts, theaters,
movie theaters, sport halls, and gyms.
“Coffee shops and restaurants will be advised to close at 6 pm and to reduce their
work-hours, as well as to half their sitting capacities, meaning the owners should

make sure there is a 1,5-meter distances between clients. Screenings, theater plays
and concerts should be cancelled,” Filipche said.
Also, he said, all non-essential surgeries will be postponed, only urgent surgeries will
take place.
“PM Oliver Spasovski talked with the leaders of the religious communities in the
countries, urging them to abide by the measures,” Minister Filipce stated.
According to him, later in the day PM Spasovski together with Finance Minister Nina
Angelovska and Deputy PM for Economic Affairs Mila Carovska will present a plan
for financial assistance, which is being prepared if need arises.
“Yesterday, the World Health Organization (WHO) declared pandemic, which was an
expected move because the diseases has spread all over the world. I spoke with the
WHO Regional Director for Europe, Hans Kluge. There are no general
recommendations for any country now that pandemic has been declared, but every
country has the right to introduce its own authentic measures. We’ve already done
it,” said Filipce.
Of the nine coronavirus patients admitted to the Skopje Infectious Diseases Clinic,
six are in stable condition and three patients have shown slight deterioration, the
minister said.
“The three patients have developed respiratory problems, however they still do not
need respiratory assistance and their treatment is being intensified. All three are
aged over 65,” the Health Minister told a news conference.
Overnight, he said, no one was tested for the coronavirus. “A symptomless patient
who returned from Germany on March 7, this morning checked himself into hospital
with high fever. His results are pending,” Filipce stated.