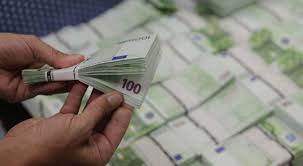 Macedonia is seeking redirection of IPA funds to tackle the crisis stemming from the coronavirus outbreak, Nikola Dimitrov said at Saturday’s press conference.

Speaking at a news conference Saturday, the Foreign Minister said that a letter had been sent a couple a days ago to the EU enlargement commissioner, Olivér Várhelyi, and that yesterday he had texted with Christian Danielsson, Director General for Neighborhood and Enlargement Negotiations. “But, talks are also ongoing with many member states,” he added.

“We are seeking IPA funds to be redirected in order to use the financing to fight against the coronavirus. This year, we are rewarded EUR 50 million as a recognition for our reform-related achievements. Also, there are EUR 8 million from last year and we are making efforts to be enabled to use these funds to deal with the crisis. At the same time, we are making specification in terms of medical equipment to be forwarded to all our friends that are members and allies of NATO,” stressed FM Dimitrov.