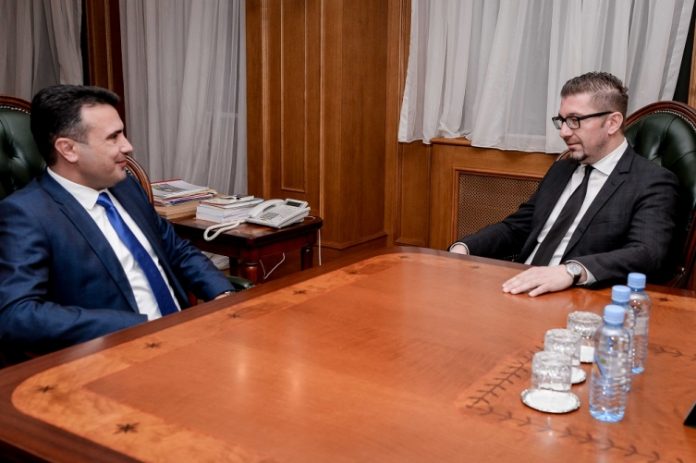 The leaders of the two largest political parties in North Macedonia, Zoran Zaev of SDSM and Hristijan Mickoski of VMRO-DPMNE, will be in mandatory isolation at home as of today, Health Minister Venko Filipce said.

Speaking at an extraordinary press conference on Friday, Filipche said that the two party leaders were tested as soon as the Ministry of Health had been informed that a TV journalist, who interviewed them last week, had tested positive for COVID-19.

“Mickoski is negative after being tested late last night, but he will have to be placed in mandatory self-isolation in the next 14 days. At the moment, there’s no need for further epidemiological interviews. Zaev’s results are pending and should be known later in the day, because he had already left for Strumica yesterday evening. Regardless, he will too have to be in isolation at home,” Minister Filipce said.

The journalist is in stable condition and is being treated at the 8 September General Hospital.

More details will be revealed at the next press conference, Filipce said.