Home Macedonia Government is hiding a document with which Bulgaria conditions the date for... 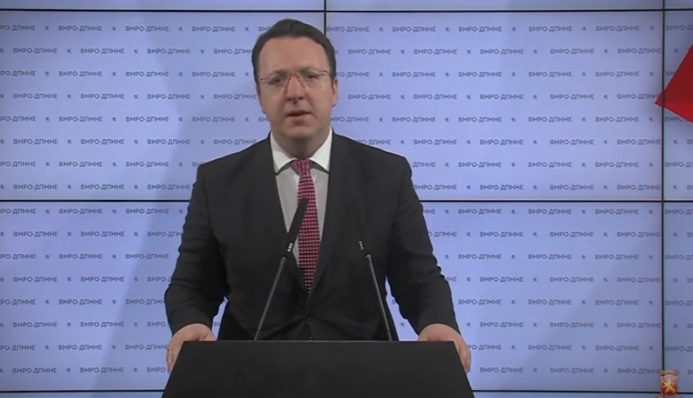 We are shocked that Nikola Dimitrov and the government decided to hide this document from us, as the largest political party in Macedonia and of course from the public. The attempt to hide this is scandalous says VMRO-DMNE Vice President Aleksandar Nikoloski.

Macedonia will have to forget about the “Macedonian minority in Bulgaria” and the “Macedonian language” and use only the “official language of RNM”, it will have to work quickly with the commission on historical issues… if it wants to continue negotiations with the EU, reads the document obtained by MKD.mk. This statement of the Republic of Bulgaria, published by MKD.mk on April 17, became part of the summary of the EU enlargement conclusion and the date for negotiations with Macedonia and Albania. With this, Bulgaria conditions the holding of an intergovernmental conference on the final definition of the negotiating package for the start of the EU negotiations with Macedonia, said Nikoloski.