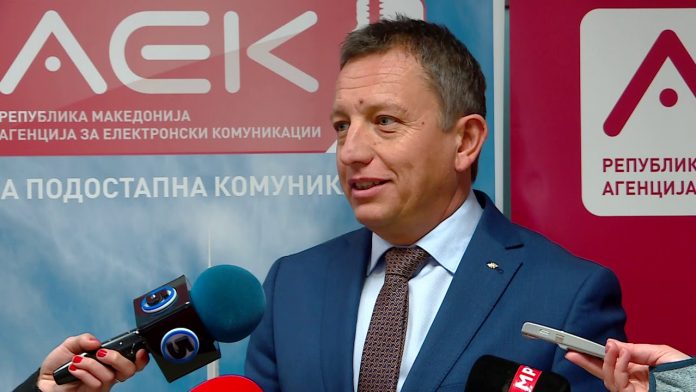 Domestic operators, interested in foreign companies and citizens until the 20th of this month, when the deadline expired, submitted opinions and remarks to the Agency for Electronic Communications regarding the planned issuance of approvals for the use of radio frequencies for 5G technology.
AEC director Saso Dimitrijovski says that so far all steps have been taken in accordance with the dynamics provided by the National Operational Broadband Plan (NOBP), adopted by the Government in April last year.

“All received opinions will be reviewed by the professional services in AEC and will be properly implemented in the legal procedure, which is provided in accordance with the Law on Electronic Communications (LEC) for granting these radio frequencies. According to the NOBP, the tender procedure is expected to begin by the end of 2020.

The received opinions will be sublimated and together with the existing regulations in Macedonia, which is in line with the European one, the conditions that will be listed as requirements will be prescribed, which the operators who will receive approvals will have to fulfill “, explains Dimitrijoski.

So far, AEC has been measuring non-ionizing radiation at several locations on the 5G test network of Makedonski Telekom, for which a temporary approval has been issued until October 31 this year for the range 3.6-3.7 Mhz.