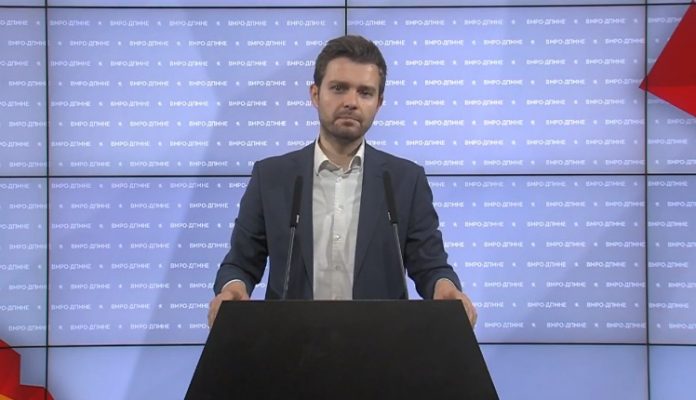 The Secretary of International Policy of VMRO-DPMNE believes that Macedonia is
facing new irrational challenges and accused that the SDSM government did not tell
the truth about Bulgaria&#39;s demands for the Macedonian language.
He says it is clear that the country has additional obstacles to the start of
negotiations with the EU and the holding of the first intergovernmental conference,
and one of the most controversial ascetics is, as he put it, Bulgaria&#39;s request that the
Macedonian language be further named &quot;official language of the Republic of North
Macedonia.&quot; He referred to a document published on the website of the Austrian
Parliament and to an interview with Bulgarian MEP Andrey Kovatchev.
&quot;According to today&#39;s statement of a representative of official Sofia, MEP Kovacthev,
Bulgaria&#39;s position is a confirmation that unfortunately the SDSM Government has so
far not told the truth about this key issue for our country. As a political party, we
believe that the unilateral solutions accepted and implemented by the SDSM
Government, without democratic dialogue, consultation with relevant political entities
and the wider expert public, cause serious damage to our country,&quot; Mucunski said.
As VMRO-DPMNE has repeatedly demanded, he said that it is necessary to build a
solid and unique national platform and strategic approach that will get out of the
current lenient foreign policy.
Mucunski says opening a dialogue on sensitive identity issues like this should not be

inherent in these modern times in the 21st century, and that building strong good
neighborly relations should be mutually respectful.
He said that the next VMRO-DPMNE-led government will focus on European
integration, but will also pay great attention to the protection of identity issues,
including the support of the Macedonian minority, the protection of trademarks and
Macedonian products.