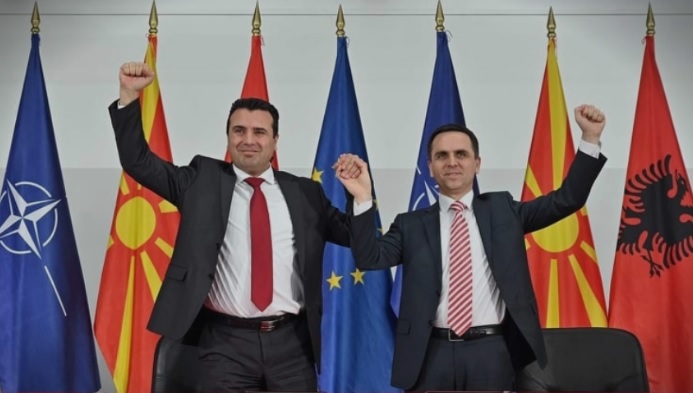 May 2 is a day of national pride, posted Bilal Kasami, leader of BESA and pre-election coalition partner of SDSM and Zaev, who congratulated the “liberation” of part of the territory of Macedonia.

“May 2 is a great day for all Albanians, especially for former members of the UCK and the families of the victims, because on this date the Karadak area was declared a ‘free zone’. This date reminds us of the pure struggle of our liberators who fought without any hesitation so that Albanians could get their rights. Such dates were forgotten by certain structures, which were created in the name of the entity and then abused it. Slupcane will always remain in our minds and hearts as a place of remembrance of 2001. I would like to thank each member of the UCK, as well as to the families of the martyrs, Kasami wrote and reminded the Macedonians that in the 2001 conflict, hundreds of members of the Macedonian army and police were killed by NLA weapons,” Kasami wrote.