Home Macedonia All statements and interpretations by the Bulgarian side are black market and... 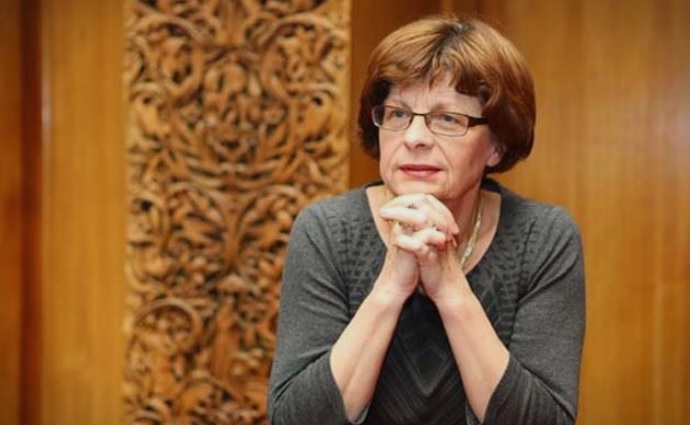 Academician Katica Kjulavkova debated on the Alpha TV’s show “Zaspij ako mozes” on the topic “Is there a new Lisbon Declaration on the Language happening in the EU?” Bulgaria, which calls into question the character of the Macedonian state.

– What is happening is shocking, although with the very act of signing the Prespa Agreement we said that the Pandora’s box is opened, and that once you deviate from the national and state interest, something related to the Macedonian cultural heritage and Macedonian identity, as soon as you give up and give up a good part of history, and we give up an unlock block with one signature, with a decree in the contract and then there was speculation and assumptions that it is expected to continue, to set the next conditions from Bulgaria and it did happen – said Kjulavkova.

Kjulavkova stressed that all statements and interpretations by the Bulgarian side were black market and blackmail, and that it was not diplomatic rhetoric and speech.

– The Bulgarians will make us say that history is not important and that there is no need to turn back, we will sign an agreement that we, the whole history is not only shared but common or Bulgarian, our language is Bulgarian dialect and thus we will admit that we are an artificial construct and we will be questioned as a nation that has a state-building role and the character of the Macedonian state will be questioned.