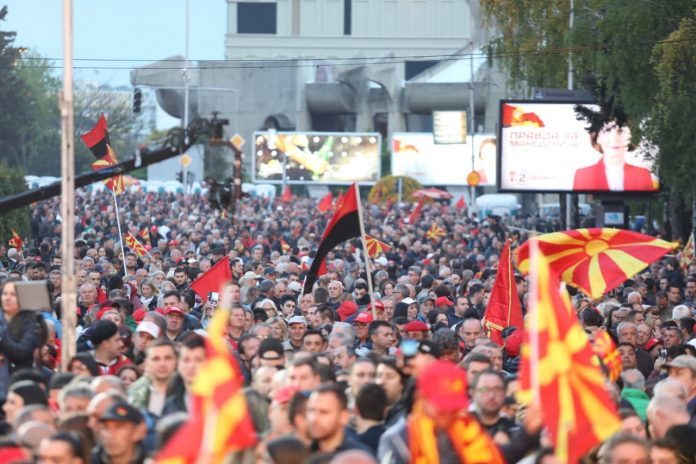 Citizens believe that now is not the time for elections, and when asked who they would vote for if the parliamentary elections were held today, the 1.6 percent advantage is in favor of VMRO-DPMNE, according to the results of the survey conducted by MKD.mk’s agency Market Vision.

Among the designated voters, those who will vote for VMRO-DPMNE are more numerous (14.6%). 13% of the determined voters will vote for SDSM. Among the Macedonian electorate, 21.5 percent would vote for VMRO-DPMNE, and 14.2 percent for the SDSM. Among SDSM voters, the number of Albanian supporters of this party is 6.6%. Of the Albanian parties, DUI can count on the most support, with more voters than all other Albanian parties combined.

The majority of citizens are ready to go to the polls in the upcoming elections (64.6%). 14.3 percent of respondents said they would boycott the election. “I don’t know” was answered by 16.6 percent, and “I don’t want to answer” was completed by 4.6 percent of the surveyed citizens. Many citizens still do not know or do not want to reveal who they will vote for.