Home Macedonia The Treaty between Macedonia and Bulgaria is more hostile than friendly, says... 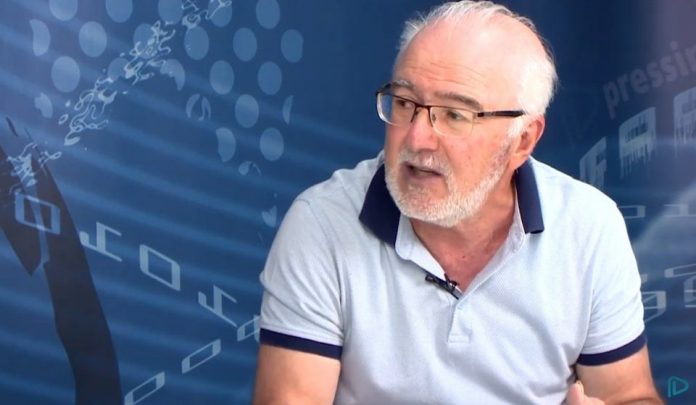 Undoubtedly, there is a connection between politics and science in Bulgaria, and with the very fact that these days we see that BAN has come out with a booklet regarding the Macedonian language. That connection is not new and has existed for years and runs through the entire history, says history professor Todor Cepreganov in Kanal 5 TV’s show “Samo vistina”.

“The Treaty signed between Macedonia and Bulgaria seems more hostile to me than a friendly agreement. Why am I saying this? Because even though we are very close neighbors, over time we have had a mutual relationship, but everyone has gone their separate ways. Today’s attempts at Bulgarian politics because this has become a political issue, see what is happening with the commissions at the moment. On the one hand, politicians say that the question with Macedonia will be whether Goce Delcev and Misirkov were Bulgarians, whether we are one people, our former prime minister says that will be resolved. Mr. Osmani comes out and says that we have signed an agreement in which we must fulfill our obligations, and on the other hand Borisov says that he has signed an agreement and the Macedonian side should accept everything,” Cepreganov point out.

He stresses that we basically have a political dictatorship, we have commissions that should verify what the policy has set.

“If something does not exist, it is not denied. If there is no Macedonian language, and identity is not denied, because it does not exist, what exists is denied, so Bulgaria denies the sinking of the Macedonian language and identity. They failed to prove that Bulgarians really live in Macedonia. That is why the agreements have shown them the opportunity to prove it with political dictation,” says Cepreganov.