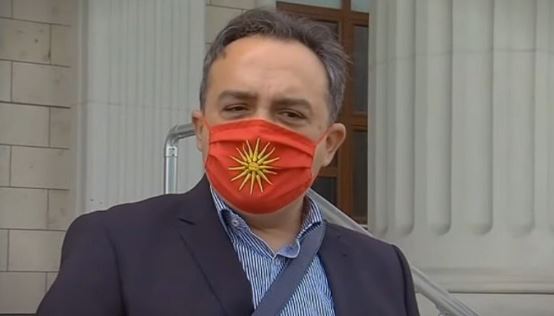 The trial for the &quot;Spanish Steps&quot; case, in which former Minister of Transport and
Communications Mile Janakieski, of the now opposition party VMRO-DPMNE, and a
dozen other officials, including notaries and businessmen, have been charged in a
five-year-old case, has begun at the Skopje Criminal Court for construction
interventions in the central town square.
They are accused of abusing their official position and one employee of the cadastre
for negligent conduct in the service, and the alleged damage caused to the budget,
according to the indictment is 2.6 million euros. They are charged that they did not
cancel the building permit, as the investor missed the two-year deadline within which
he had to start building the facility.

Defendants&#39; lawyer Toni Menkinoski accuses that the whole case has a political
background, ie, as he said, this is a quasi-trial, and the indictment itself is lump sum
without action.
&quot;Today we are attending a quasi-trial, which means a trial that has the epithet of
political. That political trial can be seen from the part of the indictment that is flat and
in itself has no verbs in the indictment, no actions, says Menkinoski.
Menkinoski doubts the transparency of the court and a fair procedure, pointing out
that some defendants do not know what they are charged with, and the defense
does not have all the evidence that is part of the indictment.
Some of the defendants do not know what they are specifically accused of, and I
seriously doubt that the court will provide a fair trial for the defendants at the moment
because at the very beginning there was a papazania with the evidence. Some of
the evidence proposed by the public prosecutor&#39;s office is in the list of evidence,
some are missing, some of the defense has asked for additional evidence, although
it was the subject of a hearing at the beginning of the trial, the judge skipped that
part although the procedure is very important. that the defense has all the evidence
needed for such an accusation, Menkinoski added.