Home Macedonia OSCE has not given confirmation that it will monitor the elections, waits... 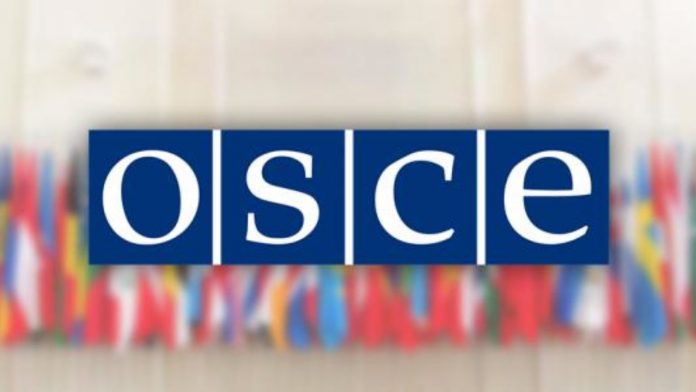 The OSCE Mission has sent a letter to the Minister of Foreign Affairs of Macedonia Nikola Dimitrov, stating that their monitoring mission will depend on travel restrictions and health-related protocols.

At the end of April, NetPress asked for an opinion from the OSCE/ODIHR and European Union missions on holding elections in Macedonia. After several days there is still no answer from the EU, while The OSCE Office for Democratic Institutions and Human Rights (ODIHR) responded that “It’s not for ODIHR to say whether elections should or should not be held, as this is a sovereign decision made by each country in which we work across the OSCE region. However, we expressed our concerns ahead of Poland’s presidential election planned for 10 May in a statement and in the legal opinion we published earlier this week.”

“ODIHR was forced to suspend its election observation mission to the early parliamentary elections in the North Macedonia due to the outbreak of the COVID-19 pandemic, which led to travel restrictions and in addition would have made it potentially unsafe for staff or observers to carry out their work. However, you may be interested to know that the observation mission’s interim report was published this week, and can be accessed here. ODIHR has informed the authorities of North Macedonia that it is ready to re-deploy the observation mission once the electoral process starts up again, taking into account the health and travel situation at that point in time. As always, ODIHR is closely following electoral developments in the country to assess their compliance with international standards and OSCE commitments for holding democratic elections.”