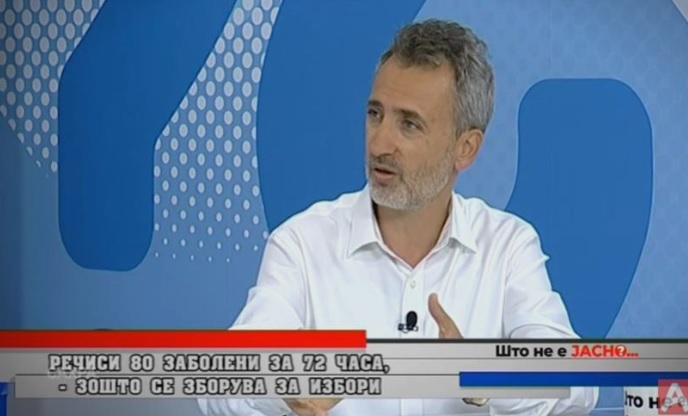 Elections must be held in a democratic society, but at a time when the citizens’ health will be the least threatened, said former SDSM mayor of Karpos, general secretary of the party and former president of ZELS Andrej Petrov on the TV show “Sto ne e jasno”. When asked by a journalist which is more needed right now, mass testing or quick elections, Petrov claims:

– Mass testing, of course, the politicians will agree on the elections, but they should not be to the detriment of the health of the citizens, they should listen to the recommendations of the epidemiological teams. IThe citizens’ health should come first, as the citizens are primarily concerned about their health, says Petrov, doctor at the Acibadem Sistina Clinic.

He criticized Filipce’s steps, and if he had been in his place, he said he would have forced testing and would not have obstructed private hospitals. According to him, it should act as a single health system of public and private health care, and not act as an attacker.