Home Macedonia Out of control – SDSM distributes propaganda packages without protective equipment in... 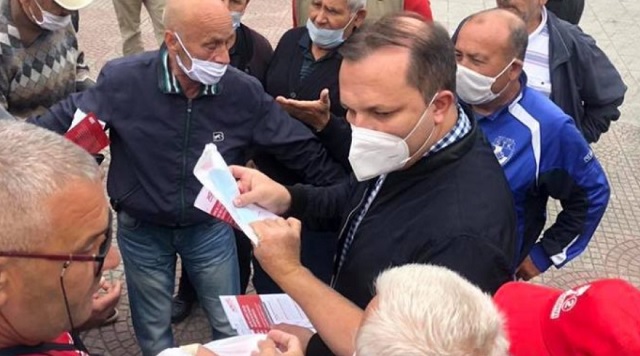 Zoran Zaev is ready to walks over dead people. Zoran Zaev allows himself to endanger the health of citizens, by letting his party activists out of the election period to distribute propaganda packages without protective equipment, thus sacrificing everyone just to save his party seat and reduce the upcoming defeat in the elections , says VMRO-DPMNE’s Naum Stoilkovski.

In the hybrid regime of Zoran Zaev, it is not known whether the ministers are state officials or non-governmental activists. It is important for Zaev to run the pre-election party campaign, although neither election date has been set, nor the election campaign has started. He turned the whole country into his cartel.”