Home Macedonia Interior Minister reports the violation of the laws on interception of communications... 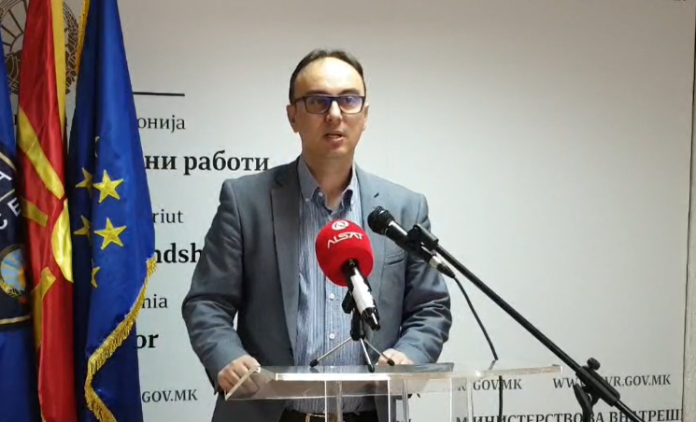 Interior Minister Nake Culev informed the media on Friday that after yesterday’s revelation of a series of irregularities in the laws on interception of communications, he submitted an appropriate submission to the Basic Public Prosecutor’s Office.

For Culev, but also for the general public, it is intriguing that the ANB still keeps the monopoly in the communications monitoring system and whether that scenario was created and implemented by certain political structures. Namely, as Culev explained, the National Security Agency (ANB) is still part of the system for interception of communications in a manner contrary to the Law, i.e. it still has the opportunity to access all telephone conversations that are subject to operational processing by Ministry of Interior.

In order to fully inform and acquaint the citizens, I would like to inform the public that today I submitted an appropriate submission to the Basic Public Prosecutor’s Office regarding the case we disclosed yesterday where violations of the laws were established, where the former Security and Counterintelligence Directorate ( today the National Security Agency) has still retained its mediating role in the communications monitoring system, i.e. the technical possibility of possible inspection of criminal investigations carried out by the Ministry of Interior has not yet been completely eliminated.

With the submission, I request from the Public Prosecutor’s Office to undertake activities aimed at conducting an appropriate investigation in order to determine the factual situation for the existence of responsibility of the managers in the competent institutions.

“Having in mind the above, I once again call on the Public Prosecutor’s Office to take into account the material evidence available to the Ministry of Interior and to clarify the dilemma whether there were violations of the law by the responsible persons in the relevant institutions,” Chulev said in a statement.