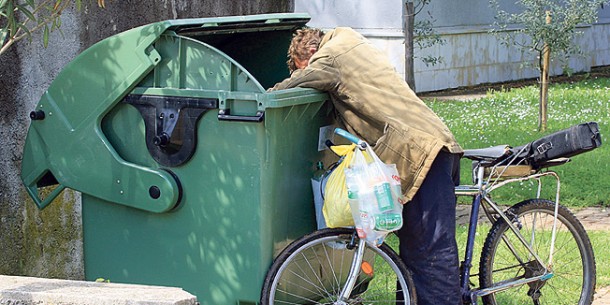 Poverty will deepen in Macedonia by the end of 2020, according to a World Bank report released in the Western Balkans on Friday, which shows that all countries in the region will experience the negative effects of coronavirus and more than 130,000 citizens in the country at the end of the year will be poor as a result of the crisis caused by the coronavirus pandemic.

A drastic increase in the number of people infected with coronavirus after the easing of emergency measures, the World Bank warns in its latest report. Even with aggressive social distancing measures, Macedonia needs to be prepared to provide eight times more intensive care units than we currently have. This is in the best, most optimistic scenario – if 25 percent of the population is infected.

“Even if only 25 percent of the population is infected and the full range of social distancing measures is implemented, the capacity of intensive care units needed to treat severe cases exceeds the current capacity by eight times,” the World Bank said in a statement.

A sharp increase in the number of infected should prepare health systems for a short-term and medium-term response – and the lack of medical staff and personal protective equipment, as well as improper handling, pose an additional risk to health care workers and patients themselves. Because of this, Macedonia is rated the weakest in terms of readiness of the health system, compared to other countries in the region, according to the World Bank.

And it is precisely the pandemic that will increase the poverty, unemployment and earnings of the population. The World Bank predicts that out of 55,000 citizens, according to the optimistic scenario – up to 130,000 will become poor if the crisis lasts until the end of August, or the poverty rate can rise to 10 percent.

According to estimates, the income of the citizens with the lowest monthly income will decrease by about ten percent, and according to the expectations of the other citizens, the reductions of the financial means during one month will be reduced by about 15 percent. The World Bank expects that the so-called middle class in society will disappear.