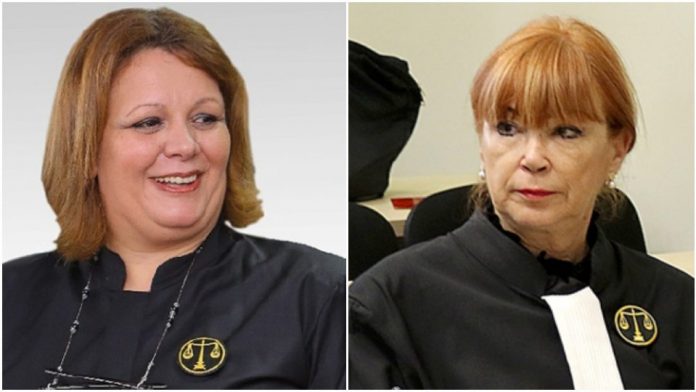 I believe I’m innocent, I haven’t committed the crime I’m accused of and I’m
ashamed of being part of an indictment that has proven to be slanderous, because
there’s no evidence for the charges, former special prosecutor Katica Janeva said in
her closing argument in the ‘Racket’ trial. “My conscience is clear,” the former head
of the now defunct Special Public Prosecutor’s Office told the court.
She claimed that in the past four years she showed how a prosecutor should act with
self-confidence. “When I became the head of the SPO, many prosecutors wanted to
join my team. But, I insisted that only honorable people can fight against crime. So, I
threw some of them out, and I know I was right,” Janeva said.
The former prosecutor said she was ashamed of being part of the trial ‘because of
the incompetence and the lack of evidence. “To raise an indictment without any
forensic analysis and to be accepted by three judges. I’m ashamed to be part of this.
And, yet, where is the money?,” she asked the court.
Janeva accused Vilma Ruskoska, the public prosecutor in charge of the case, of
failing to provide any evidence to support the charges.