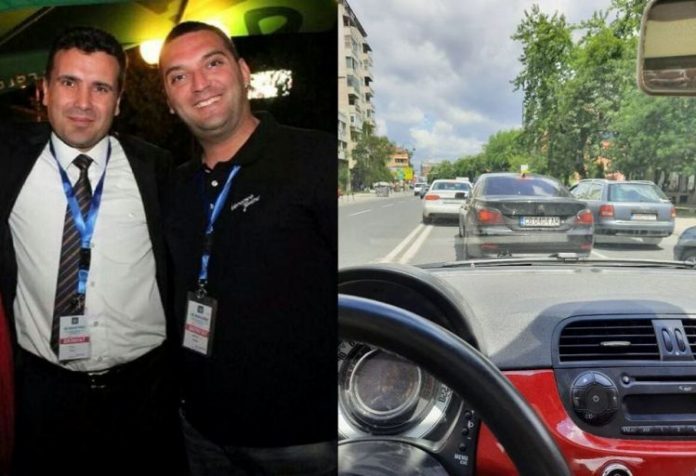 Filip Andov Sokol, adviser to the leader of the ruling SDSM and former Prime Minister Zoran Zaev, employed in the Government as a youth advisor in the capital Skopje, verbally threatened the candidate for MP of the opposition VMRO-DPMNE, European renowned opera singer Igor Durlovski.

Durlovski was attacked with insults and curses on political basis, threatened to “spend 100 years in prison” and his physical safety was put in danger.

Durlovski reported the event and the threats to the competent police station, and will inform the international representatives in Macedonia.

“After numerous attacks in the past that I have not spoken about,” opera singer and independent VMRO-DPMNE candidate Igor Durlovski wrote on Facebook.

Durlovski, best known for his opera scenes in Europe, primarily in Austria and Germany, was charged and convicted of “terrorism” for participating in protests against the “For a Common Macedonia” movement in 2017 that opposed illegal decisions to elect Parliament Speaker Xhaferi.

The abovementioned Andonovski has quite an interesting past, and this is his second incident with a political-party background. A year and a half ago, a physical fight between Andonov and Stevco Jakimovski, the leader of the opposition GROM party, a former minister and mayor of the Karposh municipality, was almost averted.

Andov is known to the public for driving his jeep into a group of citizens who protested in front of the SDSM headquarters a few years ago, as well as some of the thugs who vandalized Skopje during the organized protests by SDSM against the renaming of the streets.

Filip Andov also has a criminal record, dating back to 1994, when he was first registered with the police for committing the crime of “causing general danger”. In 2008 he was registered for four other criminal offenses, such as fraud, forging a document and using a document with untrue content. Four years later, in 2012, he was charged with two crimes for abstracting officials from performing their official duties.