Home Macedonia Brochure for Slavic minorities, including the Macedonian in Albania 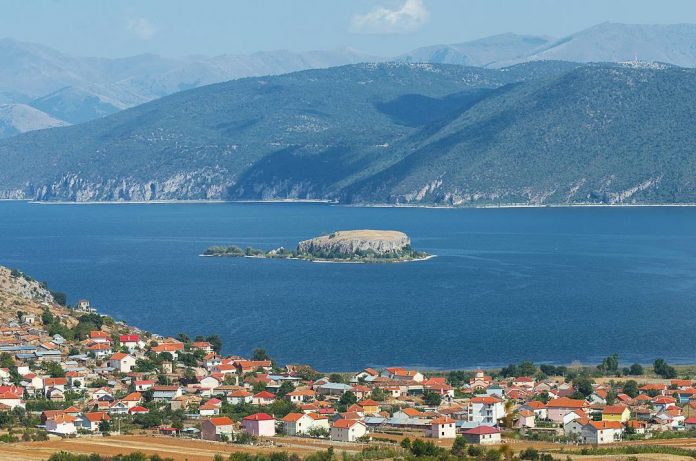 The brochure covers 28 minorities from the Slovenian group that are members of FUEN. Among them is the Macedonian one in Albania, which shows where he lives, what his rights are, his associations, the celebration of holidays.

“With the independence and establishment of the Kingdom of Albania in 1912, within today’s current borders of the country, the Macedonian minority found itself in the border regions of the country. These include the settlements in Golo Brdo, Peshkopija or Dolni Debar (Debar field), Mala Prespa and Gora, and today they are found in the largest cities in the country. “About 120,000 members of the Macedonian national minority live on the territory of the Republic of Albania,” the brochure reads.

It is emphasized that the Macedonian national minority is officially recognized only in Mala Prespa and Vrbnik, but “it is not adequately protected”.

“There are no classes in their native language in Golo Brdo, Gora and Vrbnik, among others, and Macedonian is not officially used in larger cities, where many Macedonians live. The national minority is also represented in the media, but the scope is by no means sufficient to meet the needs. The newspapers “Ilinden” and “Prespa Daily” are published once a month, and the Macedonian association “Sonce” operates a bilingual online portal “Makedonium”. Macedonian Radio Program in Korca TV has been broadcast since 1991. Since 2017, there has been a Macedonian language show on state television, which airs five days a week.”

It is also stated that the folklore and music groups in Golo Brdo, Mala Prespa, Gora and Vrbnik nurture the rich Macedonian folklore.

Macedonian societies and the holidays that Macedonians celebrate are mentioned.

There is the Tirana-based Ilinden Society, the Prespa Society for the Protection of the Rights of Macedonians in Albania, the Peace and Cultural Association Mir, the Gora ethno-cultural association and the MES (Macedonian Aegean Society).

A special place was given to the Macedonian association “Ilinden” – Tirana, founded in 2009 and a member of FUEN since 2015, whose president is Nikola Gjurgaj.

“The main tasks of the company are to preserve and strengthen the ethnic, linguistic, cultural, religious, as well as historical and state identity. The constant existence and integration of Macedonians in the political system and the institutions of Albania also determine the activity. These goals should be achieved primarily through the work of the press and the media, through publications, as well as through cultural and educational work,” reads the brochure.