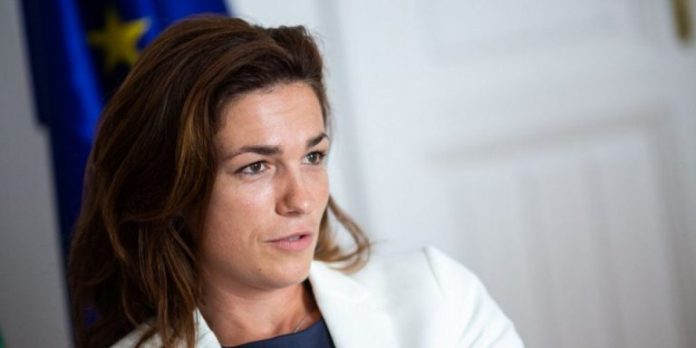 Although the European Parliament (EP) is concerned about Hungary’s constitutionality, it has refused to allow the Hungarian justice minister to attend its session, V4NA has learnt. According to our information, the EP has rejected Judit Varga’s request to represent Hungary during the debate. V4NA has contacted the EP President in writing regarding the issue.

According to V4NA’s information, Hungarian Justice Minister Judit Varga has turned to the European Parliament with a request, knowing that the EP is set to hold a debate on Hungary’s special legal order despite the fact that the European Commission found nothing objectionable in the legislation. The minister signalled to the EP that in recent weeks the Hungarian government has come under a series of political attacks that were based on misleading information.

Ms Varga had plans to attend the debate on Hungary’s emergency legislation in person, to present Hungary’s position in response to the ideology-driven criticism, but we were informed that the EP has turned down her request.

V4NA has contacted the cabinet of EP President David Sassoli by email. We asked that if the European Parliament is really interested in the legality of the Hungarian regulation, then why have they turned down the Hungarian minister’s request to represent Hungary’s position.

We also asked if they were aware that Belgium, Slovakia, Austria, France, Norway and Sweden had introduced similar measures, and asked when the EP was planning to hold a debate regarding these countries.

We will publish their reply as soon as we receive it.