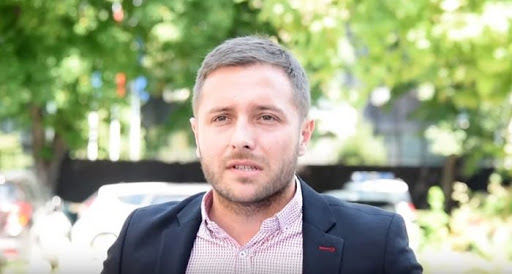 Last August, a 17-year-old child from Novo Lisice, a young, promising MZT basketball player who had his whole life before him, was stabbed to death. The murder happened in a place where we often passed by with my friends as children, wrote VMRO-DPMNE spokesperson Dimce Arsovski on Facebook.

“And when everyone expected justice for this murder, the murderer gets a 3-year prison sentence. Three years for the murder of a minor with a cold-blooded weapon! Congratulations to the judges and prosecutors. Whether this decision of the Court has any background, whether someone urged, intervened or played the phones from “above” is not known to the public, but let the people appreciate it. Just keep one thing in mind. With this, many children in their teens who are more euphoric than smart will be freer to grab weapons and have no problem using them. Because three years will not scare them and make them think about whether to carry a knife and not use it. Let Nikola Hristovski rest in peace, and we should be aware that this society is ready for a ‘restart’ and we should all collectively make it a better place to live. I see everyone comparing this verdict to the verdict of the grandfather who pulled Sekerinska by the hair and got a higher sentence. It is already clear that Radmila Sekerinska’s hair weighs more than a minor’s life!”Arsovski wrote.