Home Macedonia Instead of the citizens, the money goes into Zaev and Angjusev’s pockets 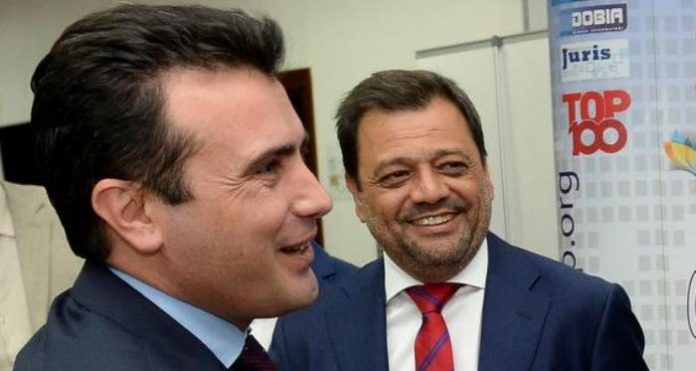 Instead of the citizens, the money goes into the pockets of Zaev and Angjusev. The citizens did not see any of the so-called measures. Thousands are on the minimum wage, and many have temporarily lost their jobs, reads VMRO-DPMNE’s reaction.

-While the people are fighting to make ends meet, IGM Elenica owned by Zaev received state aid for salaries, a company that in 2018 had revenues of over 5 million euros. Zaev’s family that makes millions does not want to give a part of the million-dollar cake to the workers who made those millions and receive minimum wages. Kocho Angjusev is on the same line with Zaev, whose company also received state aid for paying salaries. It is the same Angjusev who received 5 million euros from the Greeks for his EDS, the party said.

VMRO-DPMNE points out that Zaev praises the measures, just because his and Angjusev’s pockets are full as a result to those measures.

-Citizens and small businesses have not seen a dime from state aid. The money ended up in SDSM, and the citizens were left without support. The economy is sinking and SDSM does not know how to revive it. VMRO-DPMNE is different from SDSM. With SDSM, we got a hybrid regime, crime, corruption and poverty, the party points out.