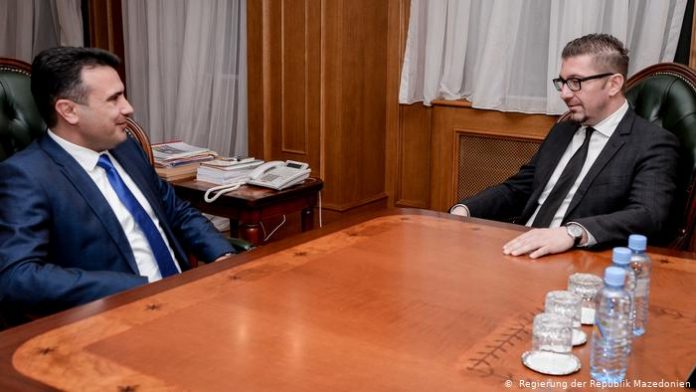 Foreign diplomats are working hard for the ruling SDSM to change its stance with which they insist that the postponed early parliamentary elections be held on July 5th, and that VMRO-DPMNE leader Hristijan Mickoski’s proposals be accepted as a condition for their participation on Sunday.

Highly positioned sources from the diplomatic corps briefed the portal that several representatives of the international community have been putting intense pressure on SDSM and Zoran Zaev for the last two days to accept the conditions of VMRO-DPMNE and Hristijan Mickoski to postpone the elections until the OSCE/ODIHR mission is set in the country.

Part of the SDSM leadership accepts the requests of the ambassadors, which practically requires the election date to be defined for the moment when there will be an improvement of the situation with the corona virus and the establishment of international observers. However, party leader Zoran Zaev, faced with another violation of his word, wants to be stubborn, says the source.

However, as the Lider portal finds out, who points out that he is aware of the diplomats in question, Zaev was reminded of the consequences he could face if he did not meet the requirements.