Home Macedonia Authorities pay 20,000 euros for advertising a hotel in Bali for the... 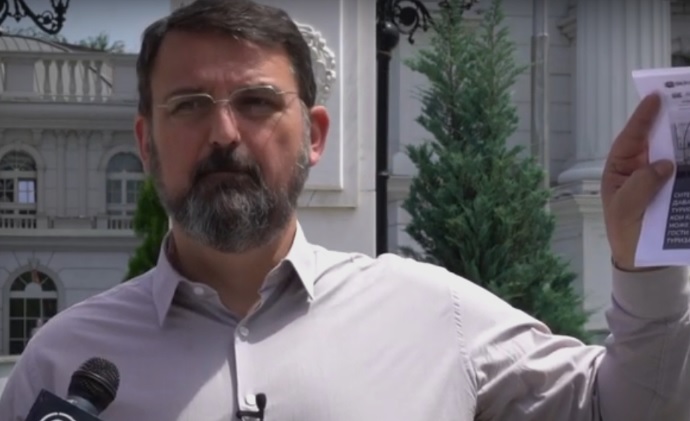 People are dying, the number of infected is over a hundred every day, and the
government is advertising vacations in Bali. Ladies and Gentlemen, After Lake
Königssee in Germany and Lake Annecy in France, a hotel is now being advertised
in Bali, Indonesia. And for that, the government of SDSM 20,000 euros, agreed in
private, says VMRO-DPMNE Spokesperson Naum Stoilkovski.
Stoilkovski showed photos, and you can see them in the video below.
-This is the photo for the &quot;Doma si e doma” (“No Place Like Home”) campaign, for
summer vacations in the country. This is a photo from a hotel in Bali, Indonesia used
for the campaign. Bali may be home only for this runaway government, for Zaev,
Sekerinska, and the others. This is how this runaway government thinks, that people
with incomes of up to 15 thousand denars a month, may now be deceived by the
voucher that they will spend their summers in Bali, maybe in Germany or France!
Ladies and Gentlemen, It is shameful in the midst of an epidemic with thousands
infected, hundreds dead, doctors left to fend for themselves, without any reward for
compensation, the government of the runaway SDSM to pay for a privately made
deal, for advertising France, Germany or the Indonesian island of Bali only for
electoral bribery, he said.