Home Macedonia The idea of VMRO-DPMNE was and will continue to be Macedonia, let's... 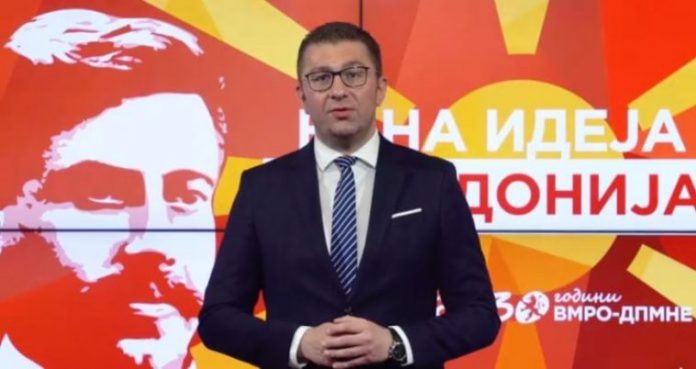 VMRO-DPMNE marks 30 years since its founding in the distant 1990s on June 17.
On this day, the idea of ​​creating a political entity that will be the bearer of the
centuries-old Macedonian struggle for its own independent and sovereign state was
crowned. VMRO-DPMNE was the party that first spoke about Macedonia outside the
Yugoslav federation and that ideal welcomed its finalization on September 8, said
VMRO-DPMNE leader Hristijan Mickoski.
&quot;The idea of VMRO-DPMNE was and will continue to be Macedonia. As the apostle
of the Macedonian struggle for freedom Goce Delcev said “Can there be another
place for Macedonians but Macedonia? Are there people happier than
Macedonians? And is there a wider field of work somewhere than in Macedonia?
”And his words are the guiding star of every honest and sincere Macedonian for
more than a century. Macedonia was the idea that led the heroes of the people&#39;s
liberation struggle. The first president of the presidium of ASNOM, Metodija Andonov
Cento, on the eve of the establishment of the Macedonian statehood will say &quot;Now
we are building a Macedonian state and we will build it, and what will that state be
called? Of course – Macedonia… 30 years of VMRO-DPMNE and 127 years of
VMRO. So many years in which everyone has done their part, and one there’s only
one idea MACEDONIA!” said Mickoski.