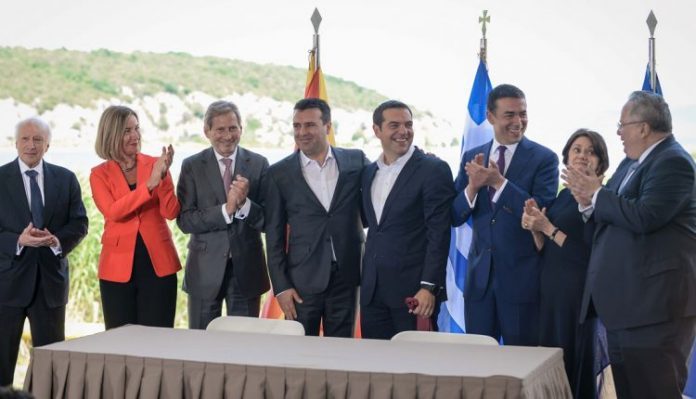 No one can question Macedonians and Macedonian language after Prespa
Agreement, said recently the negotiator in the almost three-decade-old name
dispute, Matthew Nimetz, who today on June 17, celebrates his birthday, the day
before two years ago in Nivici near the Prespa Lake the Prespa Agreement was
signed, which put an end to the disagreements between Athens and Skopje.
“The Prespa Agreement locked in the Macedonian identity for the people of the new
Republic of North Macedonia, and Skopje’s leaders could confidently assure their
people that they had been recognized as “Macedonians,” that they won their major
objective in the negotiations, namely, recognition of their national identity,” said
Nimetz.
Two years ago, Macedonian Foreign Minister Nikola Dimitrov and former Greek
Foreign Minister Nikos Kotzias put their signatures on the Prespa Agreement in the
small town of Nivici on the Greek side of Lake Prespa.
By resolving the dispute with Greece, the country&#39;s integration processes in NATO
and the European Union have been unblocked. According to the agreement,
Macedonia was renamed to the Republic of North Macedonia, the citizenship
became Macedonian/citizen of the Republic of North Macedonia, and the language
remained Macedonian.