Home Macedonia Police officer "smuggles" a child across the border 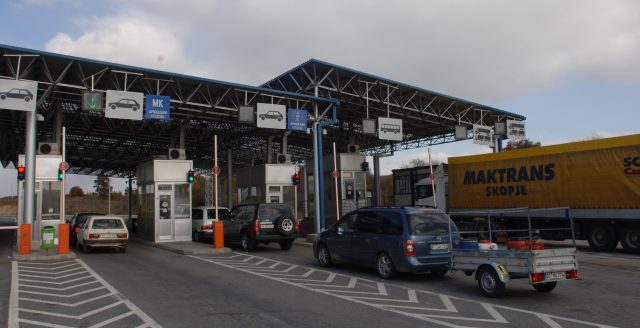 The Department for Internal Control, Criminal Investigations and Professional
Standards at the Ministry of Interior to the Public Prosecutor&#39;s Office for GOKK –
Department for Investigation and Prosecution of Criminal Offenses Committed by a
person with police powers and members of the prison police employed as a police
officer in the police station for border control – Tabanovce, due to the existence of

reasonable suspicion that he committed a crime – abuse of official position and
authority, reads the statement from the Ministry of Interior.
&quot;The person reported on the 10th of this month in the capacity of a police officer for
passport control at the entrance to the country, enabled the entry of a minor A.S.
from Kavadarci without seducing him in the electronic system for control of
passengers and vehicles, and at the same time he did not request the submission of
a negative PSR test for COVID-19 from the minor, i.e. he did not send it to the state
quarantine which acted contrary to the measures according to the Government
Decision of RNM. The case was discovered on the same day at around 7pm when
police officers from the Road Safety Department stopped a vehicle carrying a minor
while conducting regular inspections, finding that it did not have a regulated entry
into the country or a negative PSR test and was not referred to a state quarantine ,
reads the statement.