Home Macedonia VMRO-DPMNE was supposed to film a video with human-like amoebas to get... 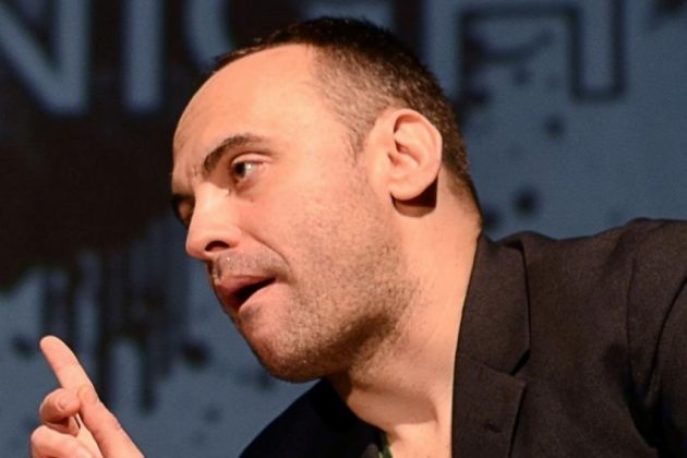 The elite, reinforced by prominent Twitter users and PR agents, when they make fun
of those who are bent over in the second part of the video, make fun of themselves,
because in order to come to power, they bent much more than those in the video,
commented actor Saso Tasevski on Facebook.
The elite for two days has been discussing the video with those with bent backs
about the problems with the spine of the Macedonians. So they throw smiles and
criticism at the video. I will say only one thing. It&#39;s a video for a political campaign,
not Fellini&#39;s work in Cannes. Vucic filmed at least ten times more stupid videos and
won 10:0. In what way, it does not matter. But the elite must know something. Most
of the people understand that direct, drawn metaphor much more than the moralizing
of Sekerinska’s video in which Macedonia and Macedonian are not mentioned
anywhere. Or she told Minister George Dimitrov Clooney that we must be careful
with our identity not to hurt someone else&#39;s identity, as if we are challenging our
neighbors, people, language, church, and not the other way around, Tasevski wrote.
&quot;Simply put, the proof is that we have bent backs, as a nation, are the statements
and videos of the Social Democrats over the past three years, plus the anti-
Macedonian agreement from Nivici and the treaty with Bulgaria. Therefore, the video
with the bent backs will be effective for those to whom it is addressed.
&quot;I want to say that such a video, in my opinion, in order to be more artistic and closer
to the elite, should have been filmed not with people with bent backs, but with
human-like amoebas, spilling on the streets like jelly. As a nation, we will soon be left
without a backbone, as soon as the agreement with Bulgaria is realized, if the elite,
the slimy and fragmented descendants of the former red bourgeoisie remain in
power,&quot; Tasevski said.