Home Macedonia It is shameful for the PPO to turn a blind eye to... 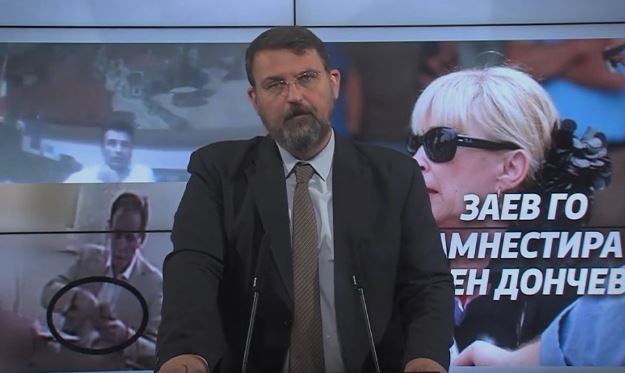 Zoran Zaev amnestied Den Doncev through the prosecution in his lap. The decision
of the Public Prosecutor&#39;s Office not to initiate a procedure after the video in which
Den Doncev, the director of the richest fund in the Republic of Macedonia, a man
involved in the &quot;racket&quot; process, a video in which Den Doncev takes a bunch of
money and puts it in a purse – is shameful for all judicial system in the country, said
VMRO-DPMNE spokesperson Naum Stoilkovski.
&quot;This is a shameful decision, a shameful statement given by the Public Prosecutor&#39;s
Office, this is a shame for every prosecutor in the Republic of Macedonia!&quot; The
decision of Ljubomir Joveski and Vilma Ruskovska is a decision of Zaev to save his
Den Doncev, probably only because Doncev knows much more and maybe he will
endanger all the racketeering octopus of Zoran Zaev now during the campaign! This
amnesty for Den Doncev follows the amnesty of Zoran Zaev for &quot;Bribery&quot;, his hiding
for the &quot;Racket&quot;, follows the amnesty for Raskovski, follows the amnesties of Venko
Filipce. This is not a Public Prosecutor&#39;s Office, this is a puppet of Zaev, for following
orders! The public wiretapped prosecutor&#39;s office does not fulfill its duty, does not
fulfill its basic function, to defend the public interest and to act on cases,” said
Stoilkovski.