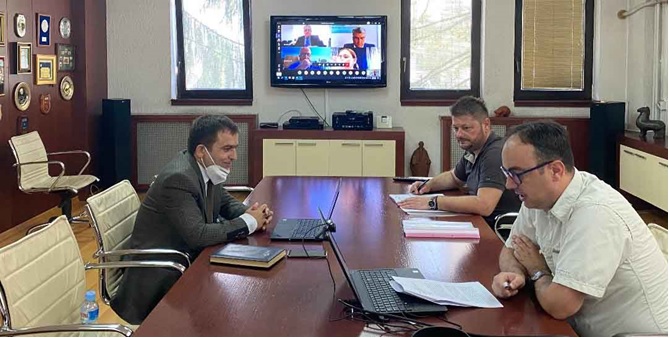 Interior Minister Nake Culev took part Tuesday in an online meeting of the Regional Forum of Ministers of Interior and Security of the Migration, Asylum, Refugees Regional Initiative (MARRI), hosted by the initiative’s Kosovo presidency.

In his address to the Forum, Culev discussed the COVID-19 pandemic and the challenges it has presented for everyday activities of police officers, as well as their efforts in the fight against human trafficking and illegal migration.

“At the Forum, Kosovo officially handed over the annual MARRI Presidency-in-Office over to Montenegro and the Prishtina declaration was adopted, which among other things, encourages Foreign Ministers of MARRI members to make efforts to appoint the initiative as the primary migration agency in the six Western Balkan countries,” reads the press release.