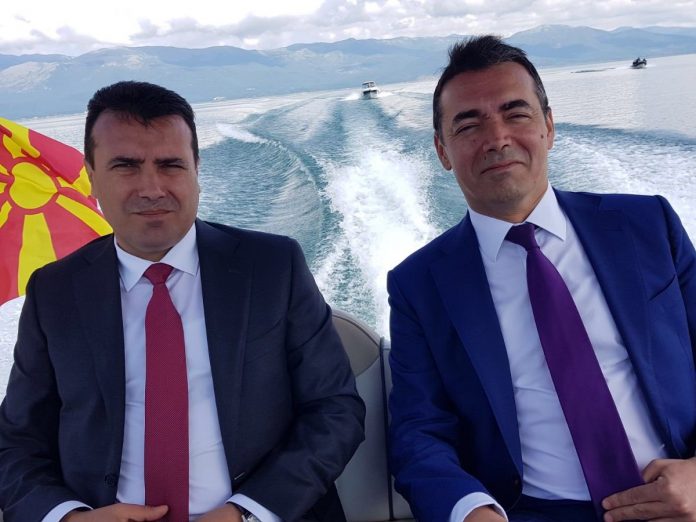 “Today I filed criminal charges with the Public Prosecutor’s Office against Zaev, Dimitrov and others for a crime under Article 160 of the CPC, because they IMMEDIATELY influenced the FREE will of the voters – HOW to vote at the PI 2016., knowingly lying about the name, the identity, the Constitution, the reforms, about the Smilkovo Lake killings, Mladenov, wages, the guarantee, etc.”, Trajkovska posted on social media with a photo of the charges submitted to the PPO.

Former Prime Minister Zaev is the holder of the SDSM list in the fourth Election District, while current Foreign Minister Dimitrov leads the candidate list in ED 1.

Trajkovska’s allegations relate to promises made by Zaev during the December 2016 election campaign when the public assured her that she had evidence, among other things, that the accused in the Islamist-motivated murder of five underage boys at Smilkovo Lake in Skopje two years ago have been politically convicted, and that the death of journalist Nikola Mladenov was in fact a political assassination. However, four years later, Zaev did not offer any evidence to substantiate his claims, and the families of the boys who were executed accused him of manipulating them to tell the “truth” about their tragedy.

In her charges, Trajkovska additionally mentioned the agreement with Greece on changing the country’s constitutional name, although Zaev and Dimitrov had previously vowed not to do so. The announcement also mentions a number of unfulfilled promises by the SDSM leader.