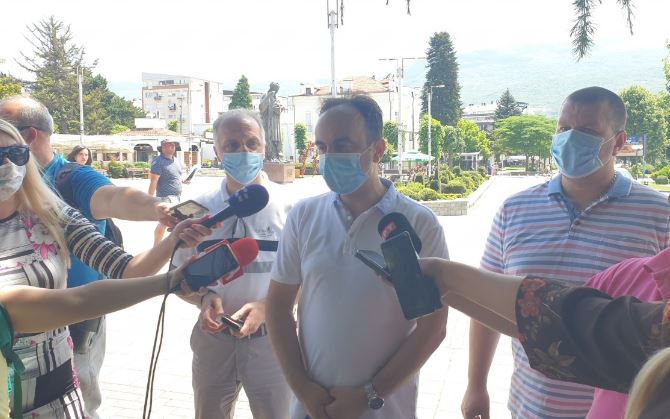 Interior Minister Nake Culev underlined on Saturday the police force’s readiness to ensure conditions for peaceful, fair and democratic election. He guaranteed the safety of the voting process and called on citizens to cast their ballot for the party they think deserves to win.

“This election takes place under specific circumstances, during a pandemic and voting is set to last three days. The Ministry [of Interior] will oversee the process, but police officers’ workload is higher due to extended voting hours. Protective equipment has been obtained and we’re prepared for the election,” Culev said.

He stressed that political agitation on the part of police officers is strictly forbidden and goes against the code of conduct for law enforcement officials and Interior Ministry internal rules.

“Such cases have been registered in Skopje and Kumanovo. Measures have been taken against these police officers, who due to the severity of their offences will probably be fired from the force,” Minister Culev said.

Moreover, he added that increased police presence is required at certain high-risk areas.

“High-risk areas for election irregularities have been identified. We’ve stressed the need for focusing activities on preventing bribery, blackmail and manipulation of voters,” Culev noted, saying that over the course of next week, critical points will be presented to OSCE/ODIHR and diplomatic and consular offices, with the aim of increasing presence of international observers in these areas.