Home Macedonia Macedonia has not had legal security and an independent judiciary for 30... 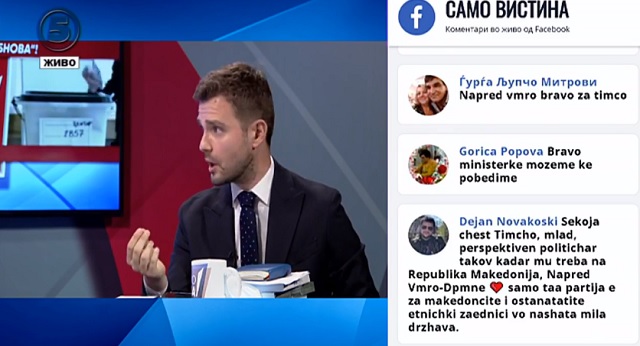 Timco Mucunski, VMRO-DPMNE candidate for MP in the Election District 1 and
international secretary of the party, said in last night’s debate on Kanal 5 TV that the
“Racket” case is a classic example of the government&#39;s existence in the judiciary.
He says the “Racket” case is a classic example of government direction, as
evidenced by the fact that the prosecutor could not prove where the funds were, and
that the aim was to confuse the public about the link between the political elite of
SDSM and the accused in the case.
“We need to correct the continuity of mistakes that have been going on in the
judiciary for years, so we must correct them, because for 30 years we have no legal
certainty, for 30 years we have no legal, independent and depoliticized judiciary, the
government only upgraded it,” said Mucunski.
“We must take into account the fact that we did not associate with those people, but
the people from your party communicated with those people from the “Racket case”,”
Mucunski told Carovska.