Home Macedonia Former Minister of Culture: Macedonia has neither had, nor will ever have... 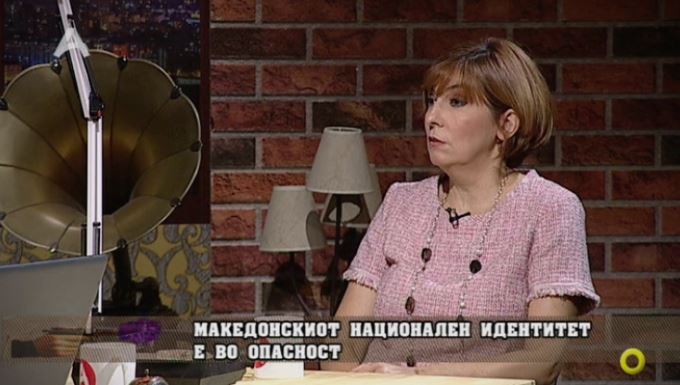 Why they are using the language, is because language is the people. Language is the most important determinant of a nation’s cultural identity. And when you deny one language, you deny the existence of one nation, says Ganka Samoilovska Cvetanova, former Minister of Culture from the ranks of VMRO-DPMNE, in the show “Zaspij ako mozes” on Alfa TV.

Samoilovska Cvetanova believes that if SDSM wins the elections, it will meet all the demands of the neighbors.

– But, if the people do not give them a second chance on July 15, this will not happen. In that sense, we should all be very responsible, in the interest of preserving national and state interests. We now see the ruling party convincing the citizens that the Macedonian issue is closed and that there will be no further discussion, and that the Bulgarian side is silent. . The silence is very indicative. This is so as not to ruin the already weak rating of SDSM. Since this set suits the Bulgarians, so that they continue to rule Macedonia. Macedonia has neither had, nor will ever have such outgoing political set, noted Samoilovska Cvetanova.