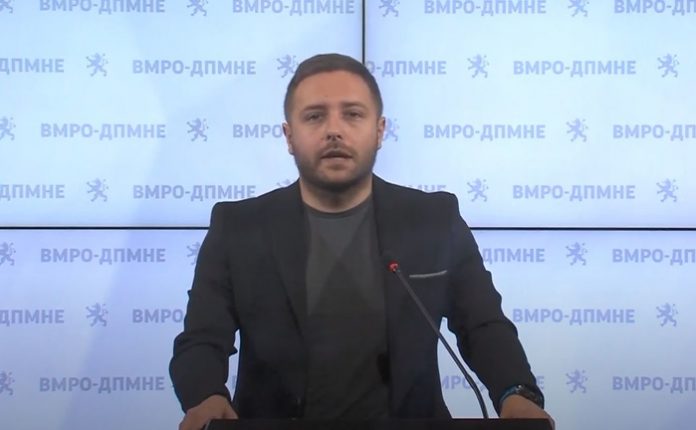 Despite all the election fraud and mass bribery by SDSM and Zoran Zaev, with all
the pressures, threats and abuses, VMRO-DPMNE won in 41 municipalities, and
SDSM in only about 20, says VMRO-DPMNE spokesperson Dimce Arsovski.
According to Arsovski, the citizens sent a message that the Republic of Macedonia
needs Renewal, not criminals and a criminal government like the one led by SDSM
and Zoran Zaev.

&quot;Including the OSCE/ODIHR in its report on the early parliamentary elections sent a
clear message that the legal stability of the country has been disrupted and there is
legal uncertainty. Analogously, all ad-hoc regulations adopted by the SDSM
government in the state of emergency, intervening in the Electoral Code, as well as
significant revisions of the Electoral Code contributed to undermining legal stability
and normally affecting the benefit of SDSM,&quot; said Arsovski.
Despite all the recommendations, the government has not done enough to address
the ODIHR&#39;s remarks systematically and structurally. This is the best example that
the SDSM government consciously went to play the will of the citizens, to save itself
from responsibility for crime and corruption that they worked for the past 3 years
while in power, instead of working for the benefit of citizens and the state.
&quot;The people do not support them, that is quite obvious, and that is why they made
the biggest and most massive bribery and falsification of the electoral will,&quot; Arsovski
noted.
He says that the State Election Commission has an obligation to investigate all
suspicions of irregularities and forgeries, including manually counting theballots,
because there must be no stains on the process in such a massive bribery and
forgery.
&quot;We have a huge number of invalid ballots, over 30,000 uncharacteristic of such a
turnout in an election process. Let me remind you once again that SDSM officials
and their exponents have been publicly campaigning to get ballots, presenting it as a
call made by VMRO-DPMNE, which is a crime in the election process,&quot; Arsovski
said.