Home Macedonia High number of new coronavirus cases is not a trend but a... 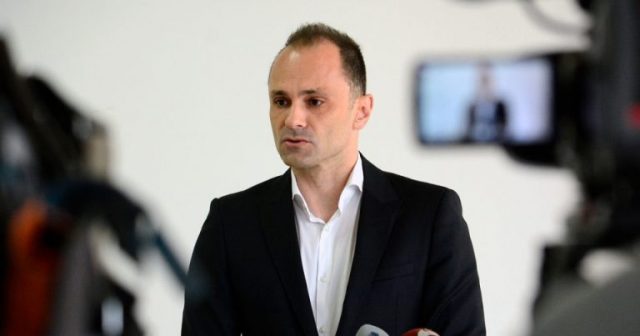 Health Minister VenkoFilipcesays that the record number of newly infected in one day, just like some previous variations or “bounces” from a usual number, is due to a “small cluster” in one of the clothing factories in Stip.

“One of the few confections in which there were more infected is already closed, where sporadic cases were found yesterday in coordination with the mayor we will talk to the owners to see if according to epidemiological surveys there is a need to close them to reduce “the risk of transmitting the virus,” Filipce said.

Minister Filipce claims that the high number is not a trend, but a variation, because the number of newly diagnosed patients is clearly identified and clearly determined by the epidemiological questionnaires, which are completed in a large percentage, where the source and transmission of the virus come from. In that sense, the total number when it is excluded, is what is the trend all these past days, i.e. the entire past period. A certain percentage, constant, in relation to the total number of newly diagnosed, belongs to the city of Skopje, all others across the country.

Regarding the post-election rallies, but also the parties in the clubs, Filipce says that there are protocols for absolutely every event, every organization, whether it is open or closed.