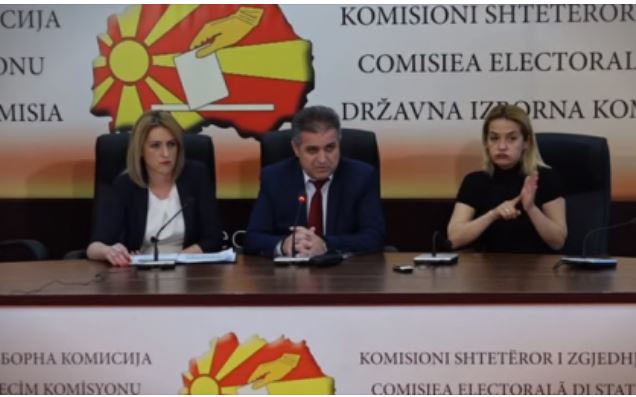 There was no evidence to back up the claims of ballot stuffing and vote rigging. That was our problem. The complaints required more than a few sentences, we needed specific evidence, SEC President Oliver Derkoski said in an interview after the SEC rejected all complaints submitted over the snap elections.

“Probably the parties that submitted the complaints have their own reasons why they submitted them that way, but to file a complaint in which you will write three sentences in which you will explain a situation of violation of the right to vote or violation of the procedure for summarizing and determining results without attaching any evidence, minutes from the polling station which shows that a remark was made by someone present at the polling station, and then expect that someone will accept your objection. It will never happen,” said Derkoski.

The SEC rejected 1,478 complaints submitted by Levica because they were not signed. Derkoski claims that the missing stamp was not important, only a signature is needed to identify the submitter and for that reason those complaints were rejected as incomplete according to the Electoral Code.

“All the other 504 or 505 complaints had the same text and sentences that were copied in all the complaints. There were even 20 of them where it was written “complaint for polling station 0″. Now how do you expect the SEC to revise this type of complaint,” said Derkoski.